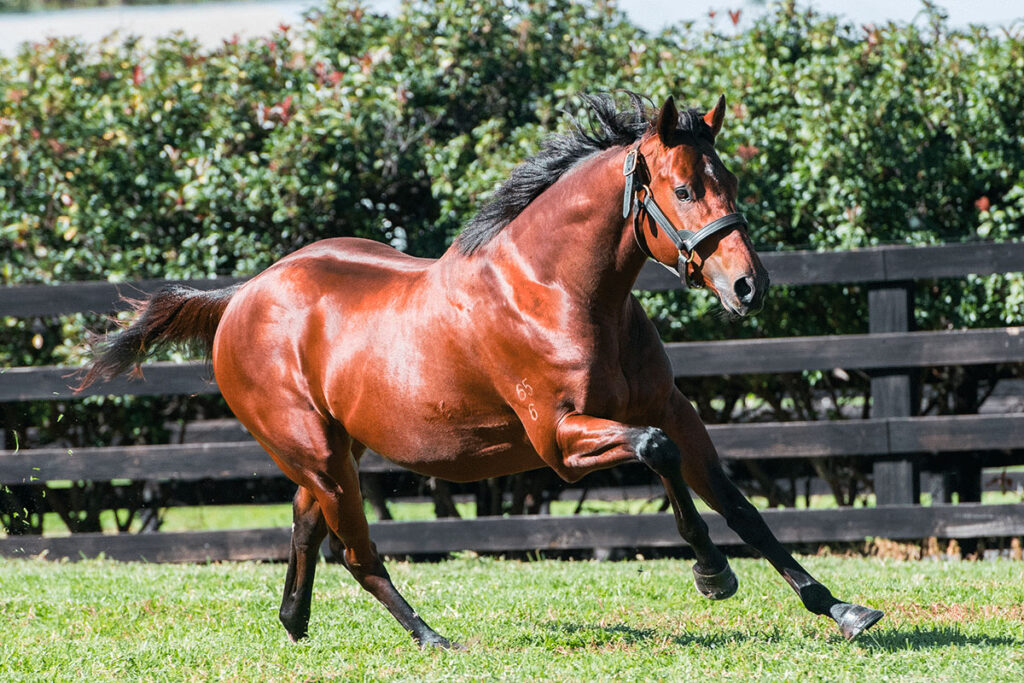 Having sired 14 Gr.1 winners in an illustrious stallion career, the retired Not A Single Doubt has now passed the baton to his sons, with three listed on the Australian Stud Book as being at stud this season.

The first to retire, was the stakes producing Squamosa, while the most recent to kick off his stallion career is Extreme Choice and from just five first crop runners, he recorded a winning, Trans-Tasman double over the weekend to follow on from the stakes placed effort of Extreme Warrior a few weeks prior.

As the only first crop sire this season to have recorded multiple winners so far, the son of Not A Single Doubt has everyone talking.

Another former son of the Arrowfield Stud sire who has everyone talking is the Aquis Canungra-based Dubious, the fastest ever winner of the Gr.3 Breeders’ Plate.

Standing his first season this year, the former Ciaron Maher and David Eustace-trained colt oozes quality, not just from a physical, where he has been compared very favourably with his own sire, but also on the racetrack where he proved successful in the first juvenile race of the NSW season for the colts – the Breeders’ Plate.

Won previously by the likes of Capitalist, Vancouver, Pierro, Smart Missile, Sebring, Snitzel, Charge Forward and Choisir, Dubious has one thing over all of these – his outstanding speed, which he used to record the fastest time ever achieved in the race..

By no means was Dubious a one trick pony, his mental toughness and juvenile ability saw the colt finish second in the Magic Millions 2YO Classic of his year, just like his sire did, before winning the Gr.2 Champagne Classic during the Brisbane Winter carnival.

Afforded a high quality book of mares so far this season, Aquis, like the plethora of breeders who have supported him, can’t wait to see his first crop runner shit the racetracks of Australasia in the years to come.

To speak to one of the Aquis Sales Team members about sending a mare to Dubious, or any of the remaining 2020 stallion Roster, click here.